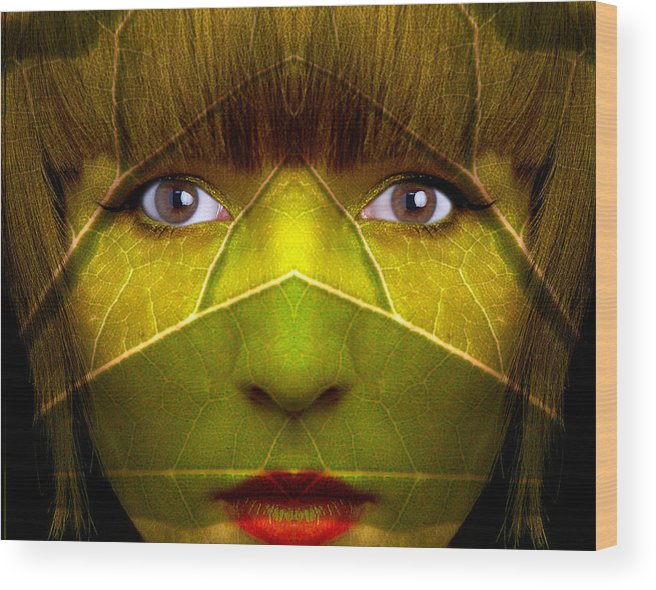 Jungle Denizen wood print by Jim Painter.   Bring your artwork to life with the texture and added depth of a wood print. Your image gets printed directly onto a sheet of 3/4" thick maple wood. There are D-clips on the back of the print for mounting it to your wall using mounting hooks and nails (included).

Wow. This is great. So creative!

Amazingly executed! I love, love, love the uniqueness of it!

Hi Jim...I like your image very much. In fact, it is superb. The blending of the human face with the environment expressed in the green leaf is very dramatic and wonderful...Very nice...Cheers Bob